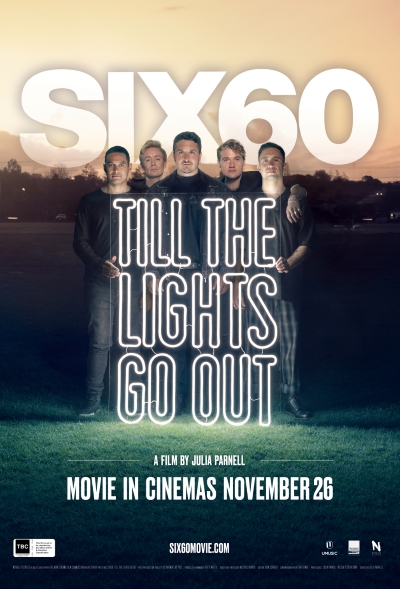 In 2019, SIX60 defied all convention when they attempted to be the first-ever New Zealand band to headline a concert at Western Springs Stadium. Alongside jaw-dropping coverage of their record-breaking concert is never seen before archival footage of Matiu Walters, Ji Fraser, Eli Paewai, Marlon Gerbes and Chris Mac on the extraordinary road they've taken to achieve a power of an appeal unseen in Aotearoa.