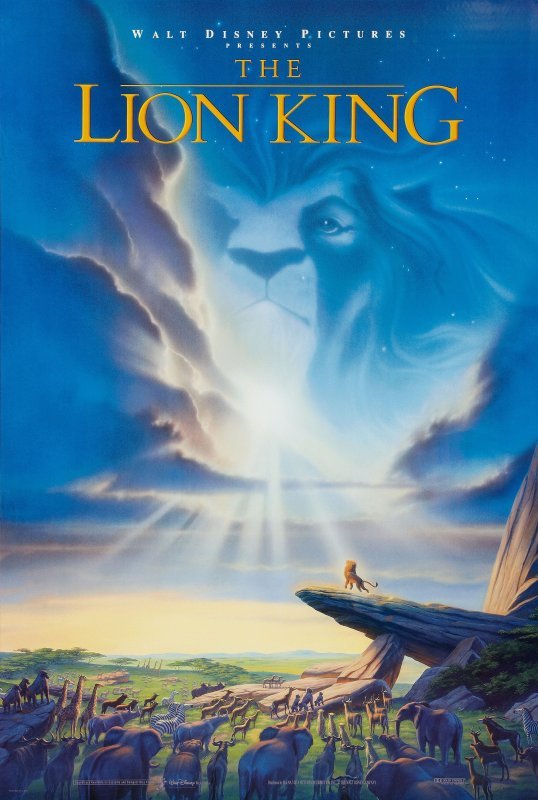 A heroic coming-of-age story which follows the epic adventures of a young lion cub named Simba as he struggles to accept the responsibilities of adulthood and his destined role as king of the jungle. As a carefree cub, he is both excited and anxious to become king, one day, and spends his days frolicking with his pal, Nala. His father, King Mufasa, the revered ruler of Pride Rock and the lands that surround it, teaches him about the "Circle of Life"--the delicate balance of nature which bonds all animals together; Simba's father cautions him to prepare for the day when he will be called upon to lead. Mufasa's evil brother, Scar, hopes that day will never arrive and schemes to do away with the king and Simba so that he can assume the throne for his own tyrannical purposes. Scar and his hyena henchmen--Shenzi, Banzai, and Ed--lure Simba into the path of a wildebeest stampede in which Mufasa is killed trying to save his son. Scar convinces Simba that he is responsible for his father's death and urges him to leave the Pride Lands and never return. A frightened and guilt-ridden Simba flees into exile where he is befriended by a wacky but warmhearted warthog named Pumbaa and his free-wheeling meerkat companion, Timon. Under the dubious guidance of this nature's odd couple, Simba adopts their "Hakuna Matata" (no worries) attitude towards life--taking things one day at a time. The cub matures into a young adult and is able to forget his past until a beautiful young lioness--who turns out to be his childhood friend Nala--arrives on the scene. She tells him of the hard times and suffering that have come to the Pride Lands under Scar's reign, and beseeches him to take his place as king. With the help of Rafiki, a wise shaman baboon, Simba realizes that his father's spirit lives on in him and that he must accept the responsibility of his destined role.